Weckingball is the Internet’s own self-proclaimed ‘Most Jacked Skater’ whose made his name from debunking manuals, doing incredible frontside flips and delivering a new kind of skate entertainment.

He brings something new to skateboarding and we are super stoked he’s now a member of The No Comply Network.

We hit him up to talk about how he got his first sponsors, working with Dime MTL, Glory Challenge, Live at the Stadium 2019, Chris Roberts, Manny Busters and his favourite things of all-time on and off his skateboard.

I grew up and still reside in Atlantic County NJ 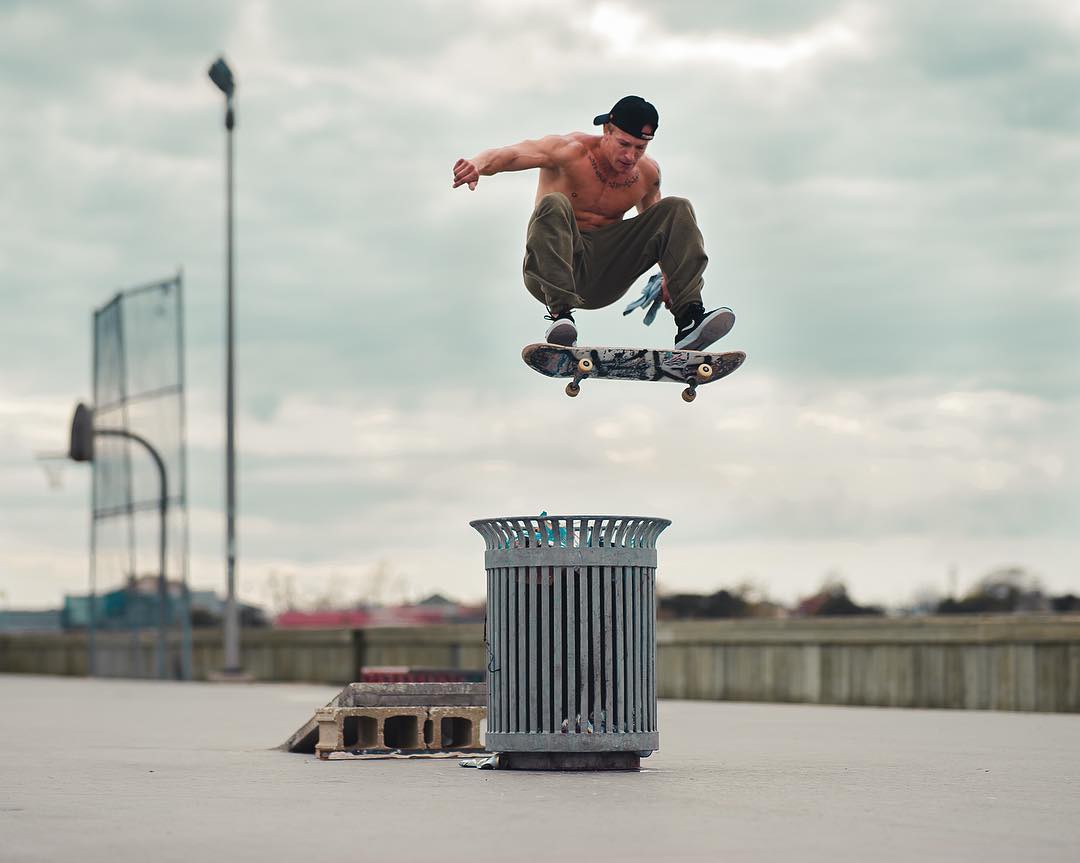 Where did you start skateboarding?

I learned to skate in Ocean City NJ with a few friends from school.

We would also film skits and pranks along with our skateboarding.

First time I got hooked up was from Jeff Pang when he was working for DC shoes. 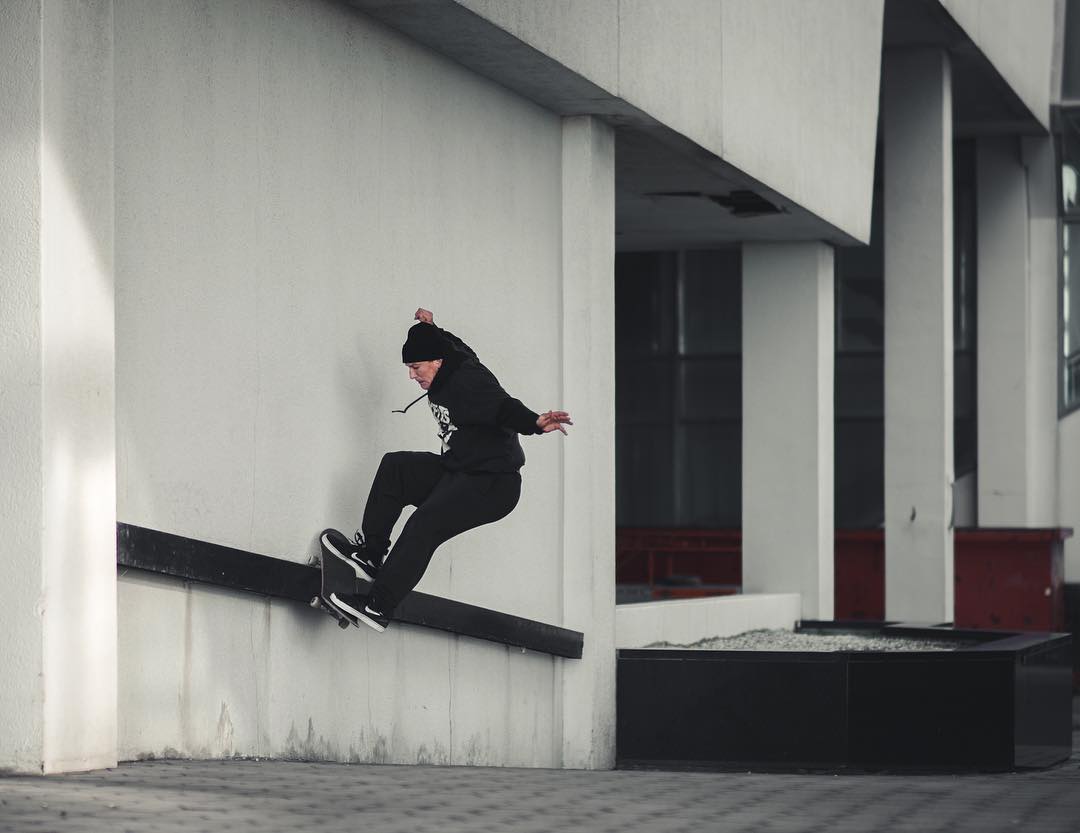 How’d you come up with the name Weckingball?

I had an interview back in 2009 in Focus Magazine.

The interviewer Mike Mazur told me he heard some kids calling me “Weckingball”.

I’m not sure if he really did hear that being said or he made it up on the spot.

Weck is my name, and I suppose the connection with aggressively throwing myself down gaps n shit spawned the play on “wrecking ball”.

My name is Weck.

I didn’t like the way the industry was being whored out.

I suppose I started my Instagram page in 2017 to reconnect with friends.

I made some funny posts.

Word got around, and I just kept with it. 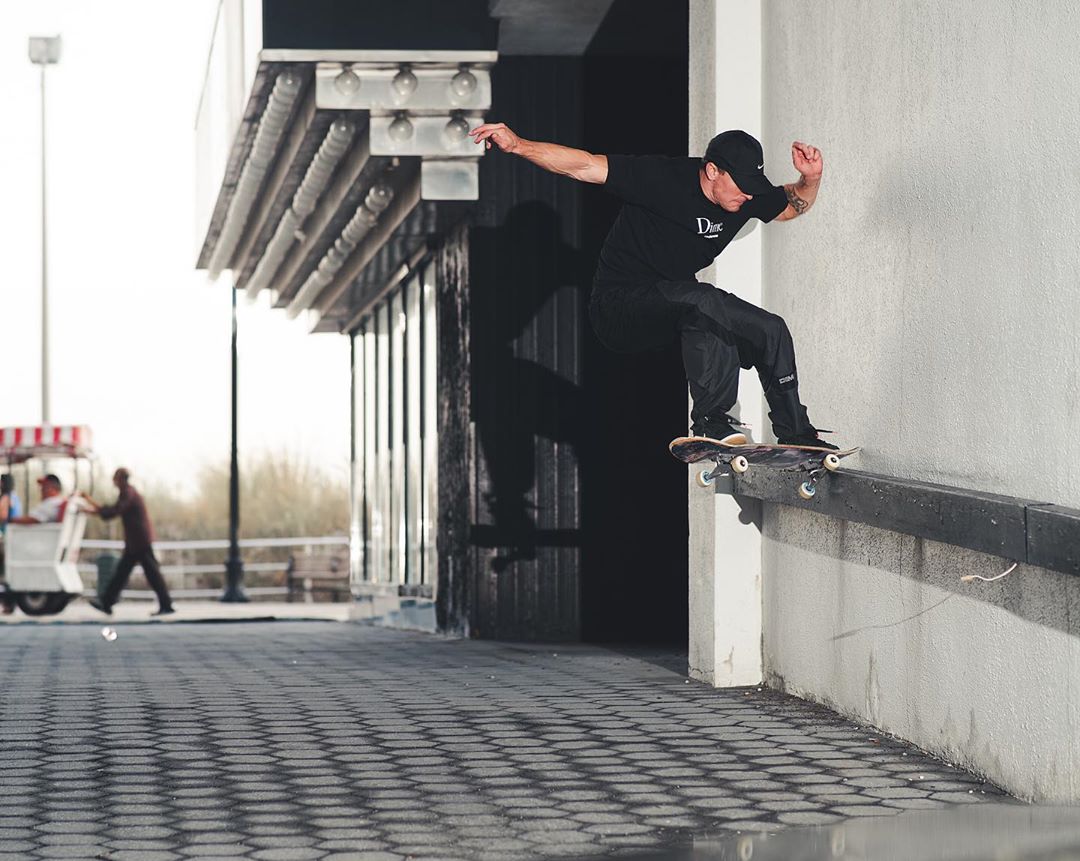 At what point did you realise your work was becoming really popular?

When I heard kids in Cali were saying “you Wecked” to their friends when they’d botch a manual.

How’d you come up with your Manny Busters video format?

Basically I made the first one from footage of Brandon Biebel.

At that time there was no intro, just the clips and jokes.

That video got a lot of attention so I began doing more of them on various pros.

Eventually my friend from Philly, Ryan Duff came up with that intro picture.

Everyone always asks me who the other guy is in the picture.

His name is Chris Ciafone.

He was one of the guys in the OG group chat who would do research and such.

The green screen intros are sick. Do you make your own videos?

The green screen videos are produced by my good friend Bill Knight.

How did you create that video?

A friend of mine from Pennsylvania, Anton Thallner made those graphics.

How do you deal with online criticism?

I’m just a regular dude from South Jersey who didn’t ask for any of this.

If you’re taking the time to acknowledge me and voice opinions then I’m winning. 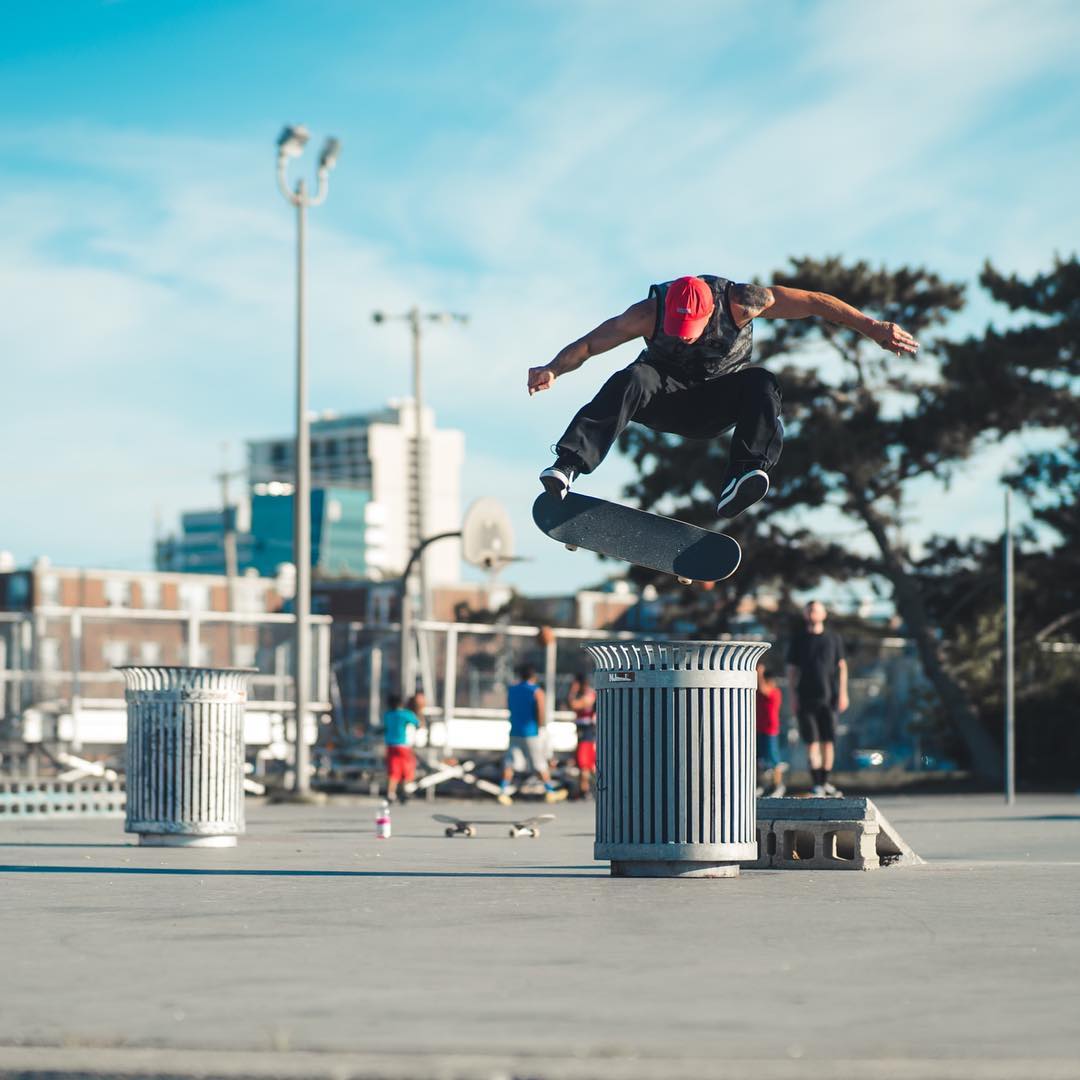 Yeah I don’t pay them any mind.

I only accept heat from real people.

Working on any new projects?

I am working on some new projects and unfortunately for this interview they can’t be discussed at this moment.

Kids are so quick to complain when they aren’t given new content constantly.

I’m aiming to make something that will be replayed for decades…not a viral internet video that will be forgotten about in a few weeks.

How’d you get involved with Dime?

Phil Lavoie from Dime reached out to me in 2017.

He thought my stuff was beast so he sent out a box.

Once the 2018 event came around they knew I had to be in the gladiator event.

It was too perfect of a fit. 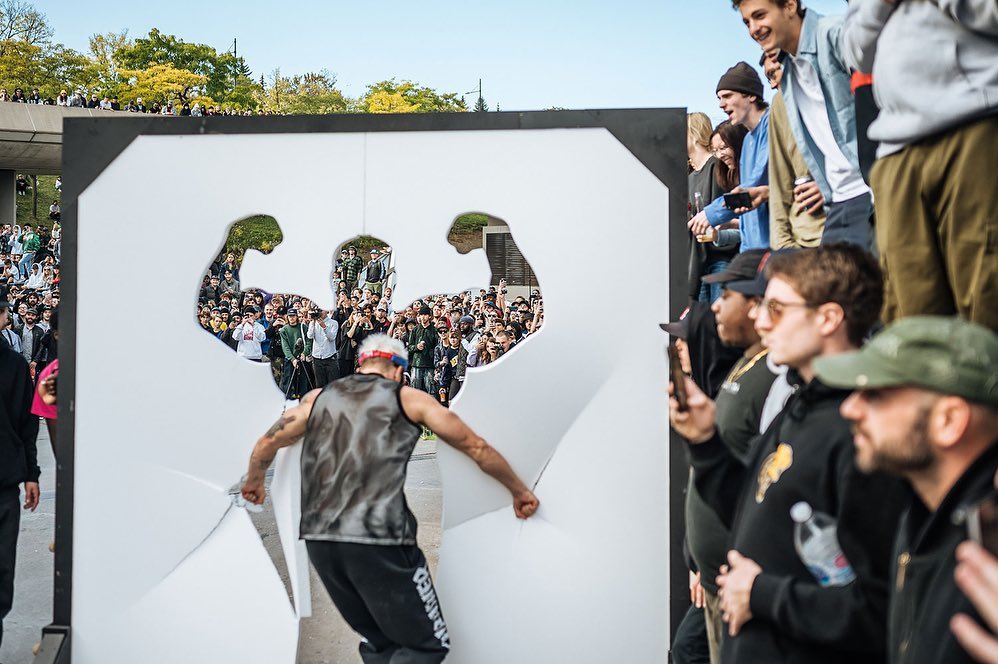 This year was ‘Live at Olympic Stadium’.

The difference was this event was more skating and less extra bells and whistles. 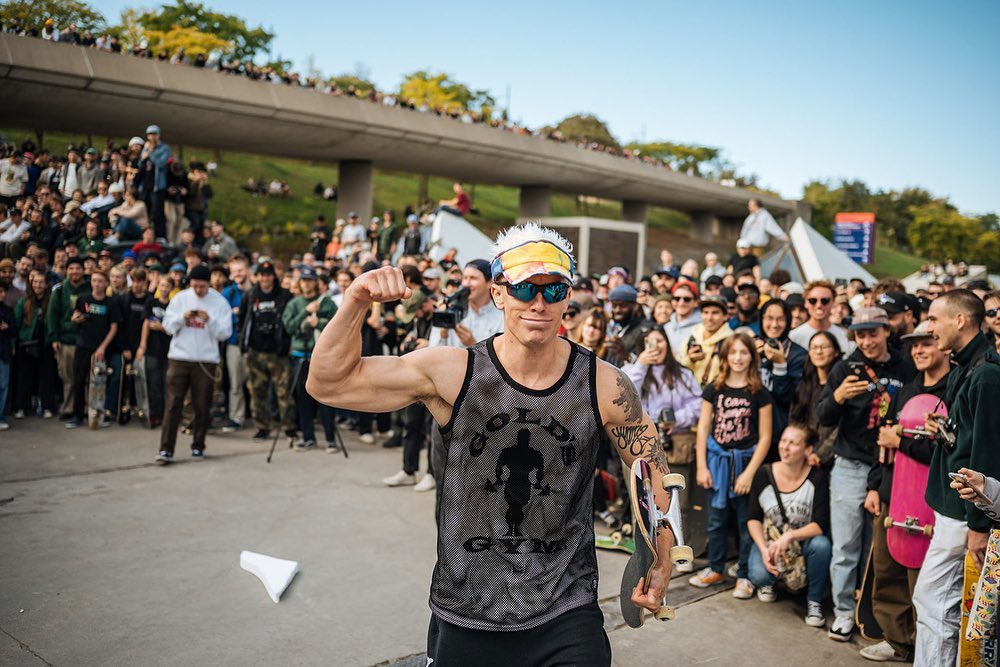 Glory challenge will return though. I have much faith.

Gnarliest trick at this year’s event?

I’m not one to suck many d’s but yeah that was fucked.

First land he noticed one of his trucks came off the corner of the ledge.

They reviewed the footage then and there to make sure.

He got back up and did it properly.

Ever skated in the UK?

No, I have never been to the UK, but it is high up on my list 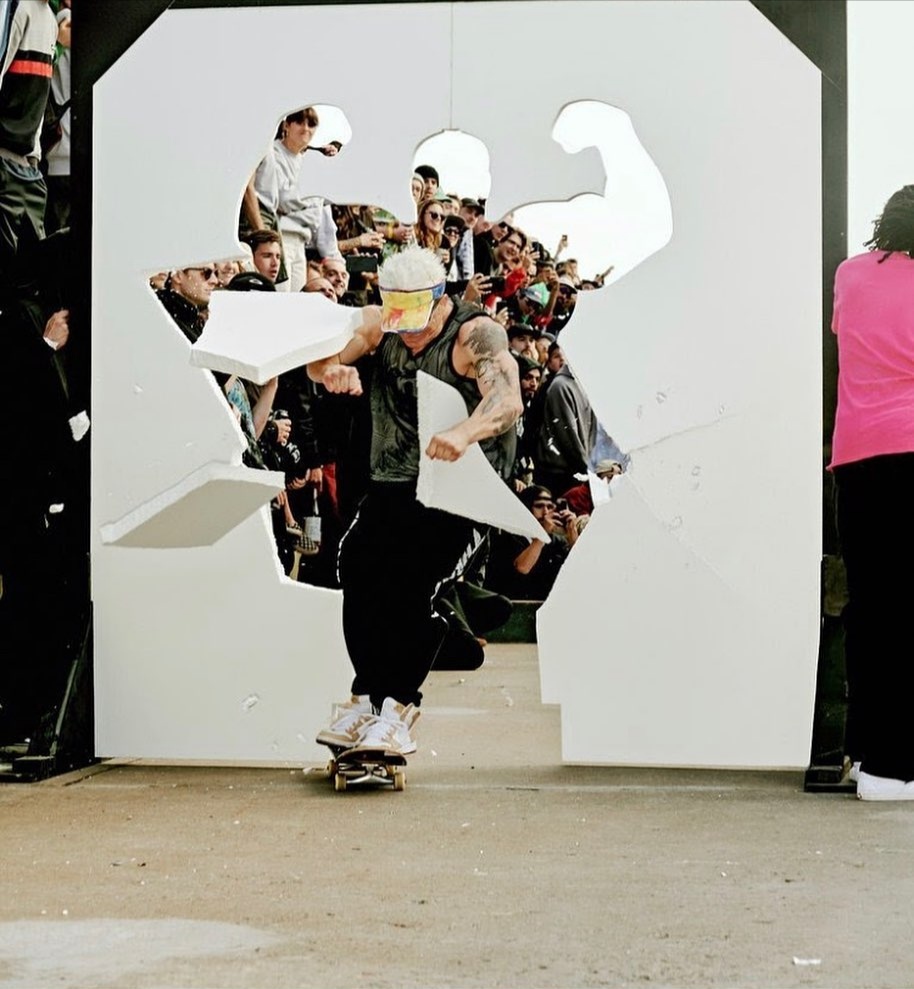 Yes I do, but I won’t give him any free airtime.

I really don’t have one.

Are there any artists or creatives who skate that inspire you?

I get inspiration from comedians and body builders.

Skaters burn me out.

Favourite manual of all time?

What are your plans for the future?

Release these new projects and take this new gig that will be offered to me in a few months as told by an Atlantic City Boardwalk palm reader.

Any last words or shoutouts?

Shoutouts to all my real friends.