He's known for his unique artistic style and defiant comittment to creative exploration on and off his board.

He owns and runs online-based board brand VICTIM.

What's Your Full Name, where are you originally from and where do you live now?

What do you think about the relationship of skateboarding, art, photography and creativity and what's your approach to it all Bobby?

I just do what I think feels

c] what fits the spot

You have created artwork from found items from the streets in the past.

Do you still collect discovered items to exhibit?

Everyday I find something new. 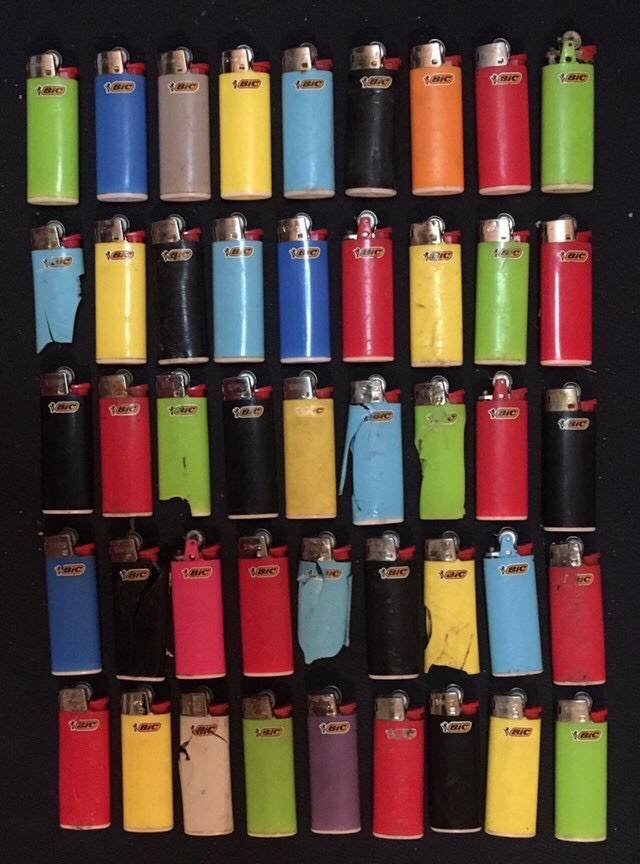 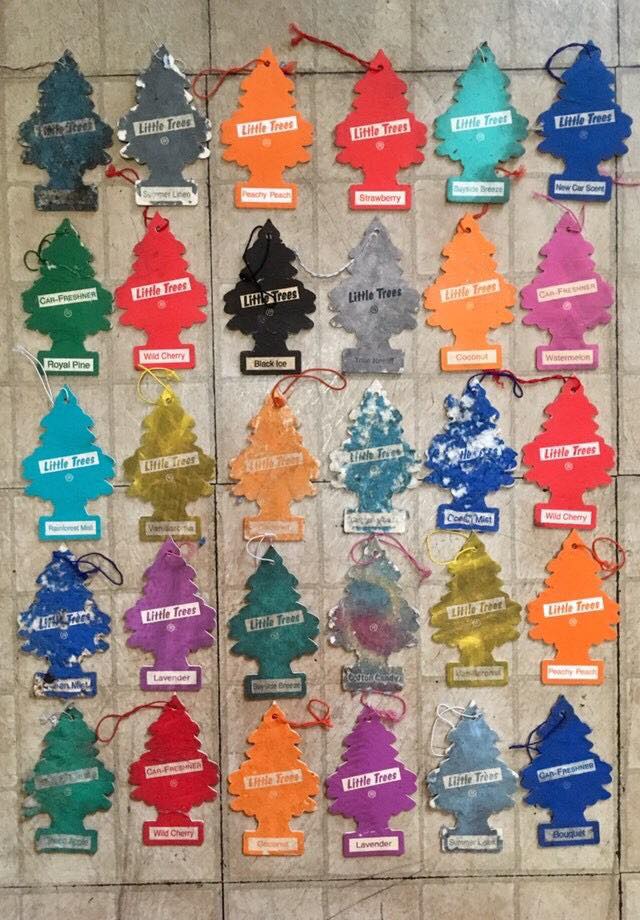 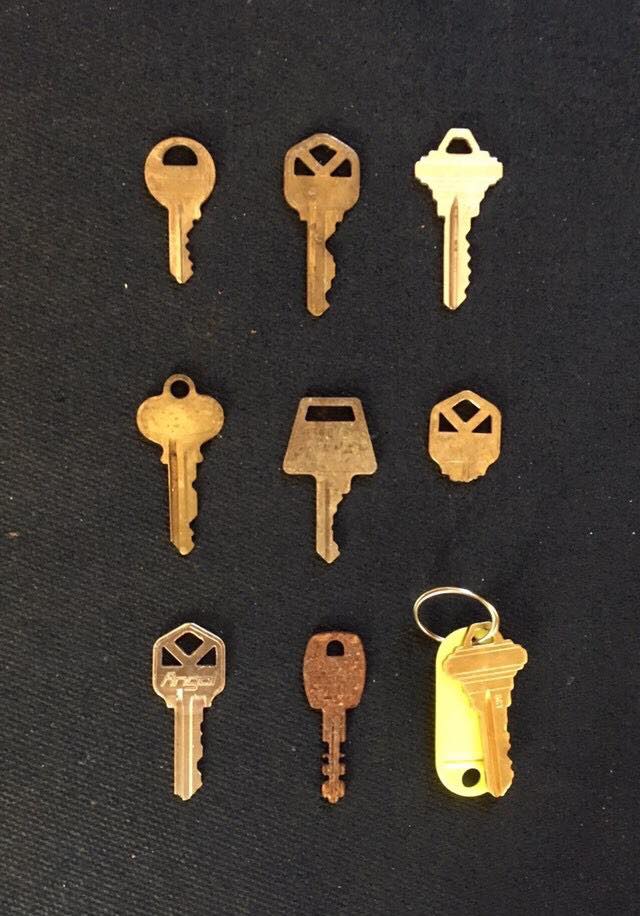 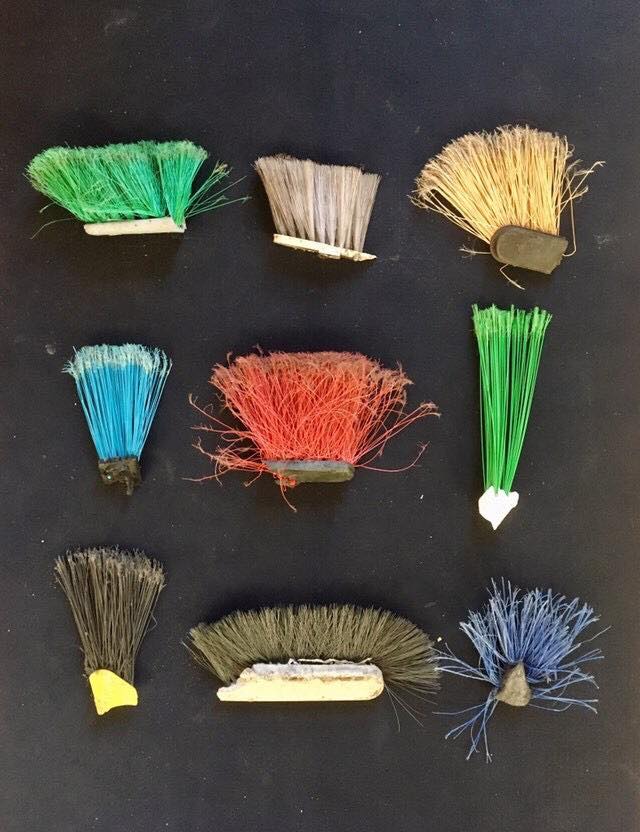 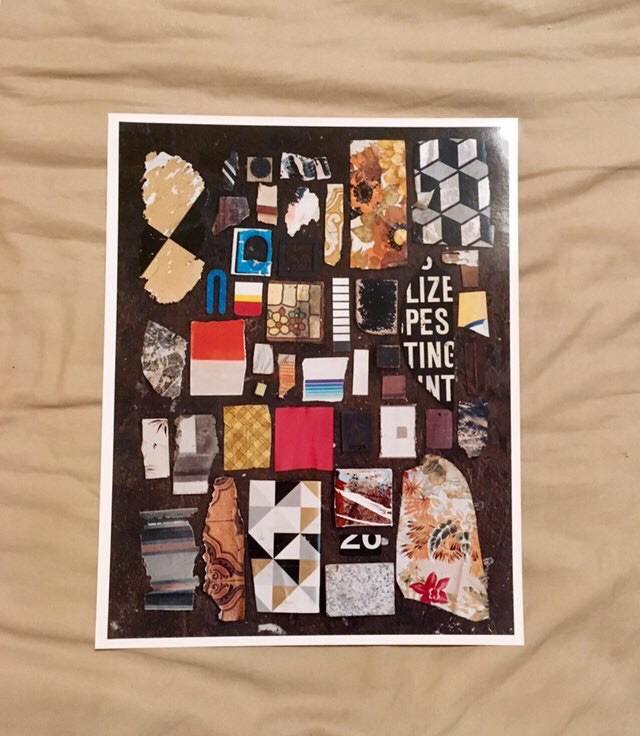 You have The Eye For Sure.

Do you have any tips for those who want to fine tune their style on the board and at the canvas?

Again, you’ve got to do what feels natural.

Just don’t rip it off.

I like the fact that good graffiti writers have to pick spots, have good letters and it’s all illegal.

It’s a lot like how skateboarding used to be.

What skate brands, art, music or film inspire you and make you want to create work?

I’m into the old brands.

I like Glen Jones and X-Ray Burns’ Radio show. 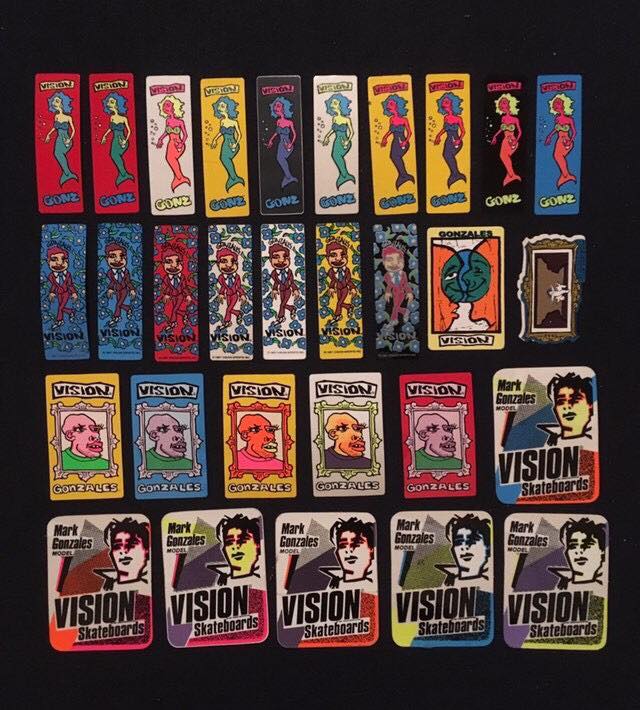 Is there a  skater who inspires you that you've not mentioned before?

When I was a kid I was super into Matt Hensley’s progressiveness.He was an early inspiration for sure.

I would mimic his style.

The way he dressed.

Olly Todd is one of our favourite skaters and a poet.

What's your favourite thing in his Landscape Skateboards portraits section?

Man, haven’t watched that in a minute, but I just like the way he looks on a skateboard. Trick selection. Spot choices. Song choice.

are there any artists, musicians, filmmakers that you respect?

When did you start Victim, what does the name mean and do you do all of the art direction and graphics?

Well technically the only presence the brand has is on The IG account.

That said, the “brand” started as a blog site about 10+ years ago.

The site was called

People could leave comments. The aesthetic and design elements came from things I thought were tasteful.

Who's on the team and what is the company ethos?

The team is “Billy Bannerman”, “John Smith” and “Buck Howard”.

Nah, I’m just kidding. There is no team. It’s just me. It’s not really a brand per se. not yet at least. I just make things I like.

I need a production person.

Does Victim have any recent or upcoming releases that you want the people out there to know about?

The brand is actually a bit of a hybrid. It’s still kinda called “Victim”, but I also operate it under the “TIM&VIC” moniker as well. Its it’s ghost identity.

Eventually it will split into the “TIM” brand and the “VIC” brand. Always evolving.

Your talent for spot exploration is well documented in your parts. What motivates you to find new stuff to skate?

Gotta keep it fresh. If it ain’t fresh, it ain’t worth a shit!

I have to ask you about skating in New York and the east coast. What was that like growing up?

Well I grew up just west of NYC in Clifton. Clifton has a unique landscape.

A little grimey, a little suburby, pretty diverse. There was incredible spots to skate around here, and a very healthy scene in the early to mid 80’s. Of course once I was old enough to go into the city, it was on.

That shot of you doing the backside ollie on the quarter in front of the Twin Towers by  Mike O Meally is a serious banger.

How did that go down?

Well That lot was an abandoned BEDT facility.

We called it “SkankyTown”. It was a big graffiti spot and tons of homeless people lived back there. It’s right on the water. Dead bodies would turn up every now and again.

Quarter Pipe got built and photo got shot. Pre 9/11, obviously. 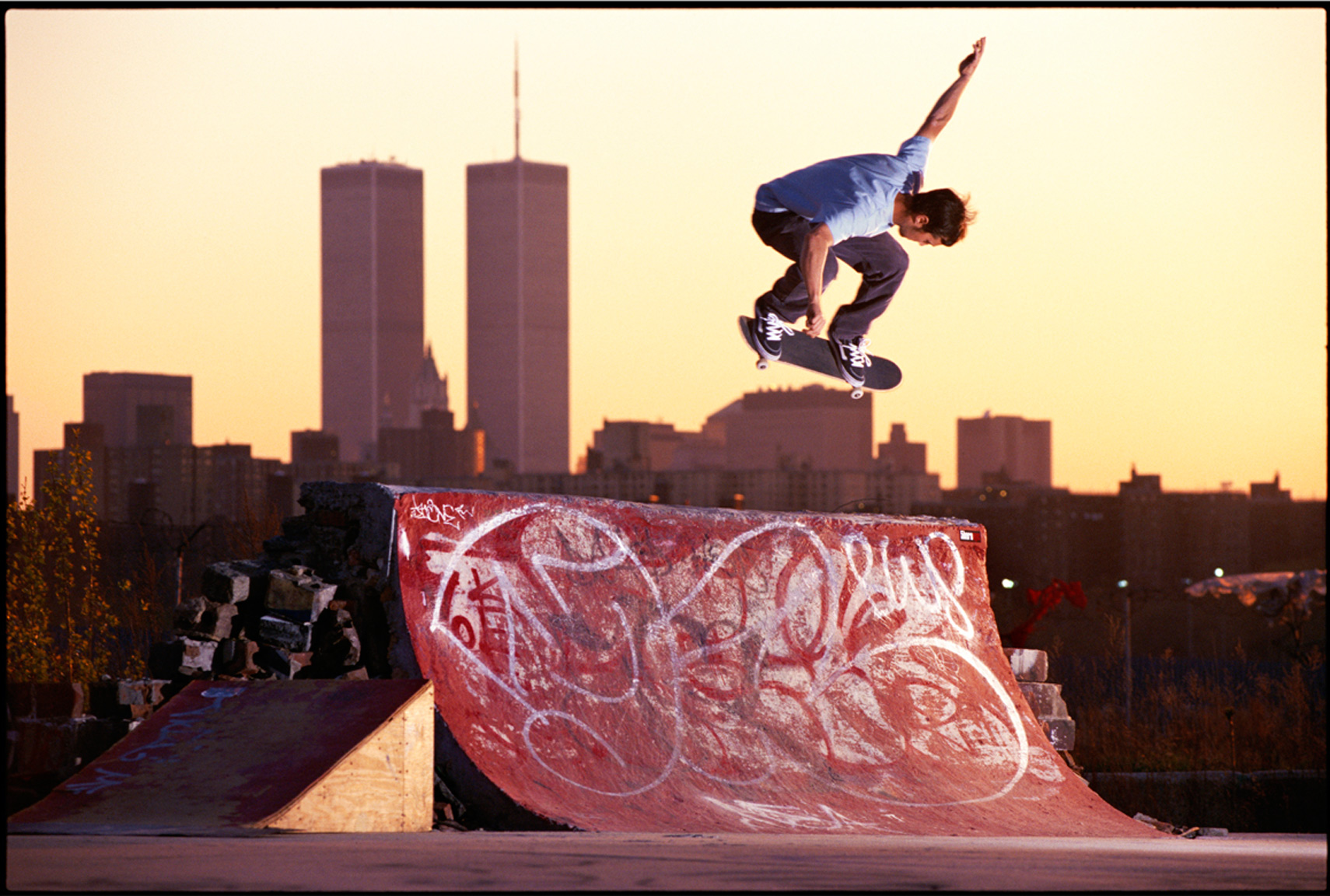 Cellar Door is said to be one of the most beautiful word fragments in the English language because it perfectly combines germanic and romance language influences...

Do you find yourself repeating a favourite word or phrase that you'd like others to take on board? 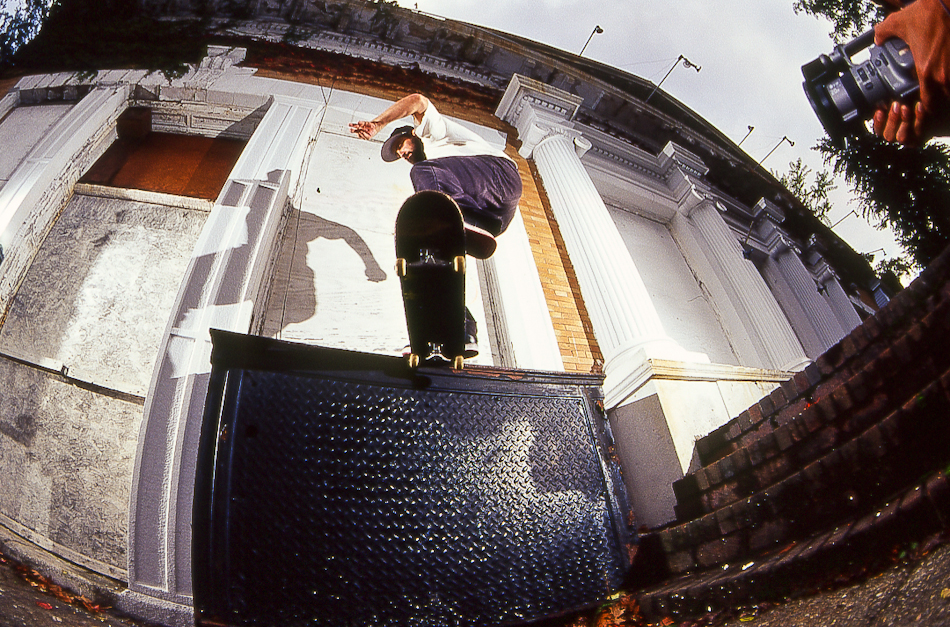 Bobby, Gap Out to FS Tailslide

There was quite a bit of footage at Holborn Viaduct in your Static 2 section.

What's your favourite spot in London?

I also like being able to communicate with the locals and a shitty attitude. Philly is great.

Do you have any plans for the future or recent news that you'd like to mention?

Any Last Pieces of Advice for People OUt There Reading This?

“Run This Town” is the second single from Jay-Z’s eleventh studio album “The Blueprint 3”. It features Rhianna and Kanye ...
Read More

The apron of the 4th degree “Secret Master” is white and black, with a letter “Z…

The apron of the 4th degree “Secret Master” is white and black, with a letter “Z” and an all-seeing eye ...
Read More

Someone should ask “Jay and Bee” what this hand symbol means. #J #B #Jachin #Boa…

“Maga” is the feminine form of the word “Magus”. It derives from the Latin word …

“Maga” is the feminine form of the word “Magus”. It derives from the Latin word for “Magician”. #male #female 🔺🔻 ...
Read More

1+7= ∞. The infinity symbol, sometimes called the lemniscate, is a mathematical …

1+7= ∞. The infinity symbol, sometimes called the lemniscate, is a mathematical symbol representing the concept of infinity. Nikola Tesla ...
Read More

The 7th letter of the “English” alphabet is G. There are 26 letters in the Engli…

The 7th letter of the “English” alphabet is G. There are 26 letters in the English alphabet. When the English ...
Read More

“Run This Town” is the second single from Jay-Z’s eleventh studio album “The Blu… December 28, 2019