Alex is a skateboarder and filmer-photographer based in Melbourne, Australia.

What’s your full name, where did you grow up and where do you reside now?

How did you develop your visual style behind a lens?

I am quite influenced by skateboarding photography from the 90’s and early 00’s. I also love finding a composition that shows environment and surroundings as well as the skateboarding trick.

You shoot photos and skate but do you create other kinds of art?

I mess around on a drum kit sometimes!

A lot of your work is in 35mm film, what do you love about shooting on film?

It’s organic, raw and challenging. Especially with skate photos. When you get your roll back and it turns out how you hoped, the feeling is priceless!

Do you have a favourite photographer of all time, if so, who is it and why?

Hard to choose one! Robert Frank’s documentary photography, Ren Hang’s controversial portraiture and Sem Rubio’s eye and timing are definitely up there!

Why do you think being creative is important?

Being able to project what you’re feeling and thinking is so important for the mind let alone figuring out how to do so in different mediums.

Do you have a favourite photo if so what is it and why?

Grant Brittain – Chris Miller FS Air shot on a Nikon FM2, with 16mm Nikkor fisheye lens mounted on the top of a mono-pod and equipped with a squeeze bulb shutter release cable. 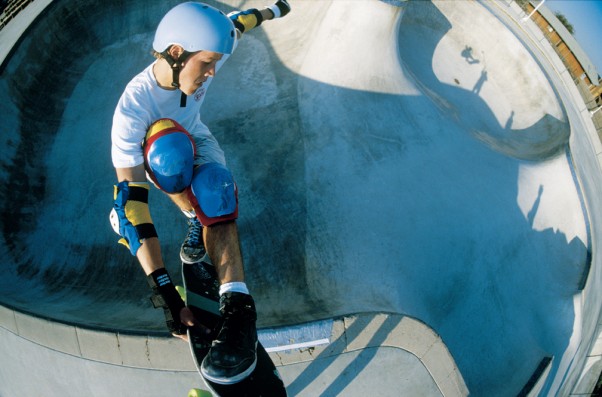 Nowadays if you cut off part of the body or skateboarding / had your own shadow in the shot that would be a big no no, that’s what makes this photo so rad!!

What is your favourite film of all time?

Sorry & Really Sorry, grew up with it, absolutely rinsed it, epitome of skateboarding.

Do you have a favourite musician, or style of music, If so, what it is?

I love so many different varitions of music. It fluctuates so much for me. At the moment i’m right into my heavy heavy music.

I’ve had an album called Eroded Corridors of Unbeing by Spectral Voice on repeart lately. Drummers the vocalist….

What was your last creative project and who was it for?

Do you have a favourite artist that you would like to mention?

Richard Sayer aka Funeral French, amazing work, don’t know how he does it

Favourite artist on a board?

Jeremy Jones riding a skateboard is a masterpiece…

You make your own zines, what is your latest zine called, what is it about and how can people get it?

It’s called Yeah Brother! Zine Issue #3 World Trip. It’s a 116 page photobook documenting my travels in Europe and America with snippets from back home in Melbourne.

You can order one from my bigcartel! yeahbrotherzine.bigcartel.com

Do you have any plans for the future that you’d like to mention?

I’m managing an independent skate shop full time at the moment which has been very fun seeing it progress. Working on Yeah Brother! Issue #4 and I hope to continue to study Youth Work, Social Science and Psychological Science.