“For me, there has always been an important relationship between skateboarding and music.

Not only in a directly audio-visual sense, which you see often in a skaters’ music choice in their video part that often epitomises their personality and tastes but you also see it through being raised in skate culture, a community of musically and creatively, minded people — my friends.

As a kid, skateboarding was all about having fun; doing the goofiest tricks you could to make your mates laugh. This aspect of skateboarding for me hasn’t changed at all.

I love to not take skateboarding seriously and try to keep it how it was for me when I was younger.

I admire skaters like Kevin Rodrigues who skates for Polar Skate Co., Jamal Smith and of course, Mark “The Gonz” Gonzales who alongside being hugely talented, have clearly have stuck to that same ethos and in doing so have become prominent figures in skating.

The goofiness and nostalgia that I love about skateboarding completely resonates with my relationship to music, there is no doubt that the two are connected.

When I’m making, or listening to, music, the parts that always stand out to me are the ones that make me laugh or think, ‘that’s so dumb’—it adds to the ‘fun’ element of music.

As well as this, projecting a feeling of nostalgia can be such a lovely tool in any creative practice; it gives the listener or the viewer the ability to take themselves back to a point in their lives that they have a particular memory of and enjoy it in a modern setting.

This is something I hope comes across in my own music.

I’ve always been inspired by The Trilogy Tapes (TTT), a record label headed up by Will Bankhead, one of the designers at Palace Skateboards, and Rezzett.They were all front-runners of the whole retro VHS movement and its association with dance music and skateboarding.

When I first saw Palace and Rezzett’s videos in 2013, the aesthetic immediately interested me and largely inspired me to experiment with the same feeling in music production.

At the moment, i’m really into Absurd Skateboards.

I feel like they’re capturing that same essence that Palace did where they’re teaming skating with dance music and that feeling of nostalgia.

The nostalgia with Absurd feels like it is more a reference to an early DIY YouTube generation, with Windows Movie Maker effects, lame green-screen work and stop-motion animation.

I really like it though. Their videos introduced me to a lot of great music as well.

The No Comply Network is a really cool platform which brings a lot of talented creators who skate to the forefront. It is no surprise that there are so many creative people that skateboard, but it is really nice that a place exists where you can read into each individual’s passion for skateboarding as well as their creative work.

Ross From Friends – Talk To Me You’ll Understand
youtube.com/watch?v=8tKKNV5sXUs
soundcloud.com/rossfromfriends

‘Epiphany’ tees available online round the globe right now. 100 of these availab…

‘Epiphany’ tees available online round the globe right now. 100 of these available. Link in bio. Artwork by @themuska 2019-11-17 …
Read More

Friday night marked the end of my month-long residency at @phonoxlondon . These …

Friday night marked the end of my month-long residency at @phonoxlondon . These were some seriously memorable nights for me, …
Read More

Friday night was just so overwhelming. Such an emotional experience playing b2b …

Friday night was just so overwhelming. Such an emotional experience playing b2b all night with my Dad in Phonox. If …
Read More

Gallery image with caption: Coachella outfits sorted. ⁣⁣⁣⁣ ⁣⁣⁣⁣ Hitting the road in April with some US & S A… March 28, 2020 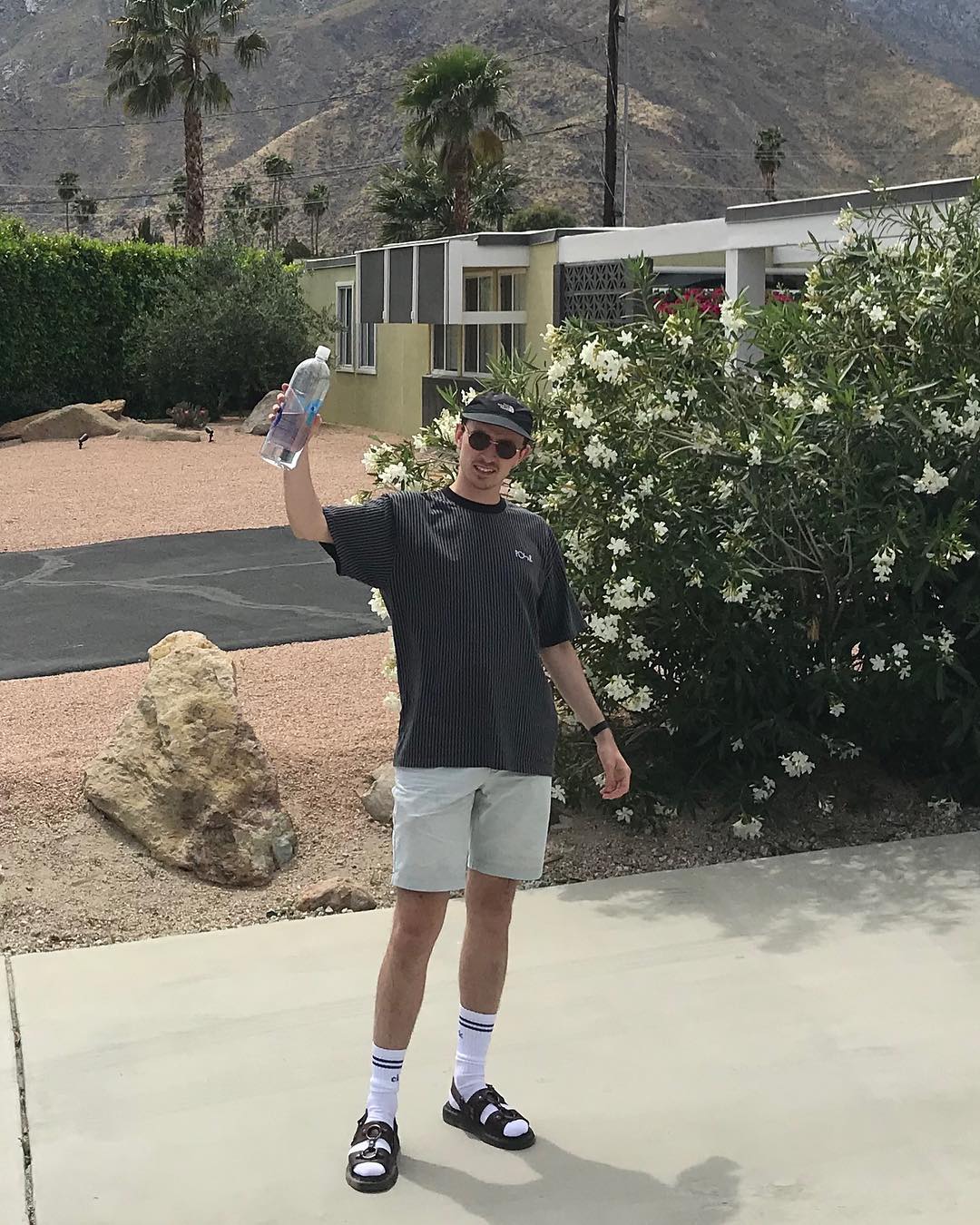 Gallery image with caption: Coachella, that was so surreal. Damn! @rubyycjohnson… March 28, 2020 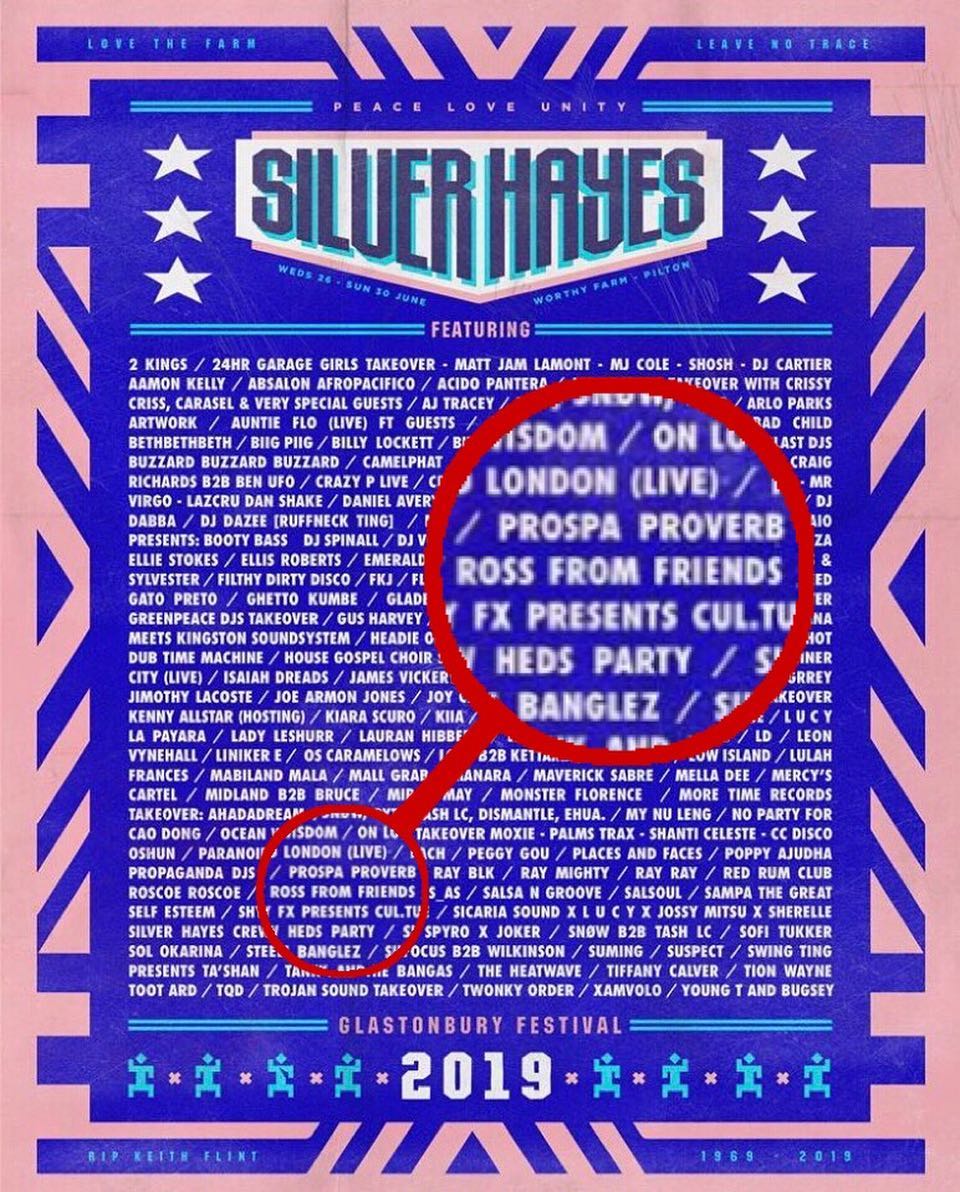