He's been a No Comply Network member for a while but when we heard he'd recently moved to Spain we hit him up to check out his recent work, find out his favourite things on and off a board and find out how he first got into making art and skating.

Read below to discover the answers to all of that and more.

What’s your full name, where did you grow up and were do your live now?

My full name is Ashley Dhnoa.

I grew up in Birmingham but now I’m living in Seville, Spain.

When did you first learn to skate and who did you skate with?

I first got on a board when I was around thirteen years old.

At the time it was just me and the other four skaters in my town in the Midlands, near Birmingham.

We would head into Birmingham city centre where we would go to Ideal Birmingham and skate everything in the centre of the city. 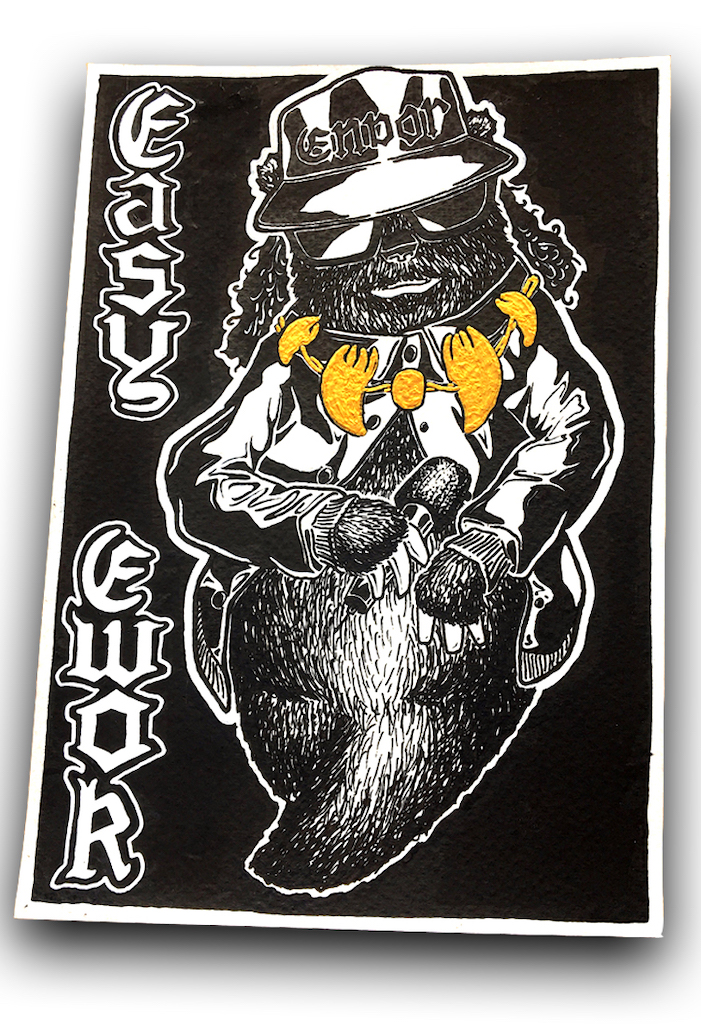 Where do you skate right now?

Seville has some decent street spots and a new park by a river, which has a gnarly bowl.

Also, there are loads of plazas inbetween apartment complexes, which are great to skate as well.

When did you first start making art?

When I was a kid I would redraw my favourite cartoon characters.

I was always fascinated with the juxtaposition between people and objects in cartoons and in real life. 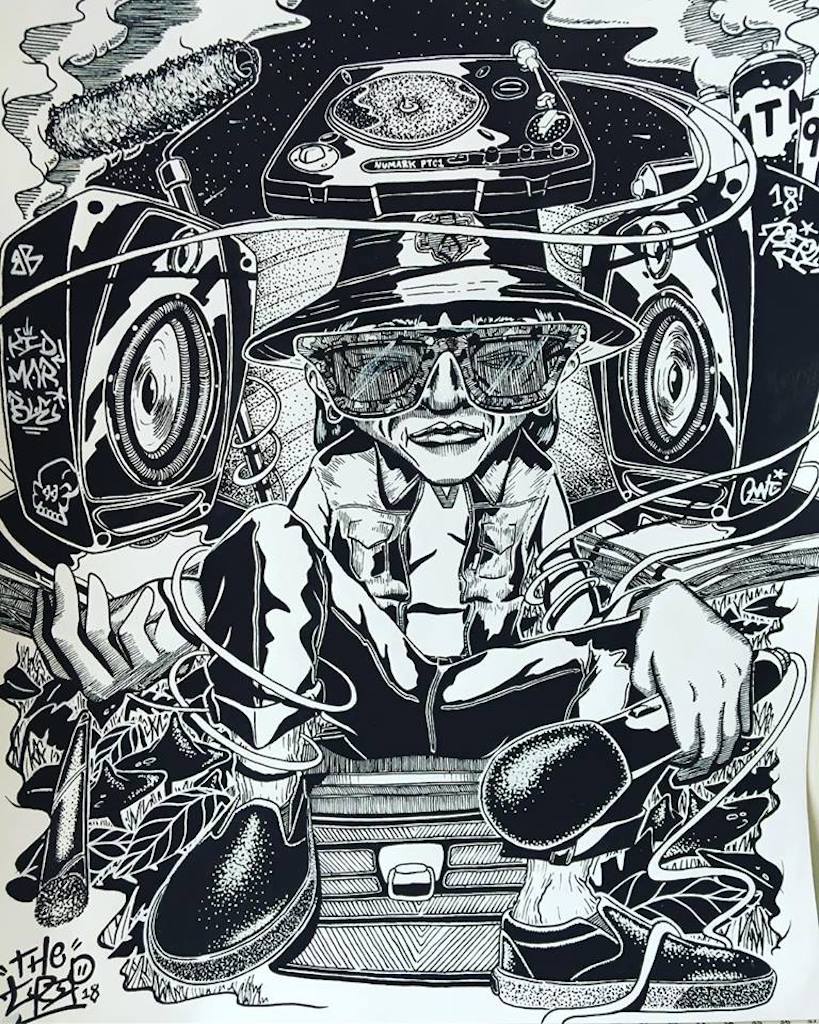 But it was around the time I started skateboarding though that I started to make my own artwork.

I would spray graphics on my griptape and then for my final art project at my school I created a skate brand and designed a range of graphics for it.

From then on all I wanted to do was skate, draw and design new ideas.

How did you first develop your art style?

Around 2010 when Emerica 's 'Stay Gold’ came out I was working with Adobe software during college  and I was listening to a lot of ‘Dead Meadows’ and ‘Earthless’ at the time.

I began doing hand drawn and psychedelic work instead of the stuff I was making on computers.

So from that point on I've specialised in illustration with a focus on hand-drawn art.

Lately I have been working in Black and white,  exploring ways of creating with just the two tones. 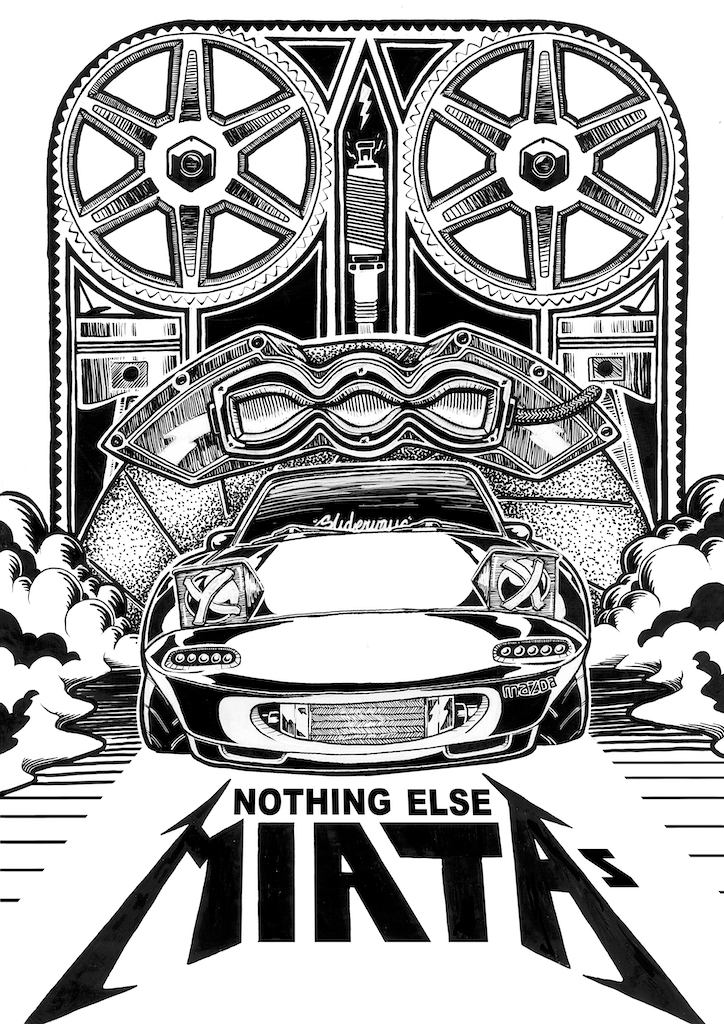 Do you have a favourite photographer?

He has a unique way of documenting and capturing the mundane and contrasting rawness of life.

Jerry's images are relatable for a lot of skaters, spending all day out in the streets at grimy spots because you can see some striking stuff and this always reflects in his photos.

The team was crazy at the time!

I remember the first time watching it got me so hyped to go out and skate.

It was definitely the go to before and after a session for a while. 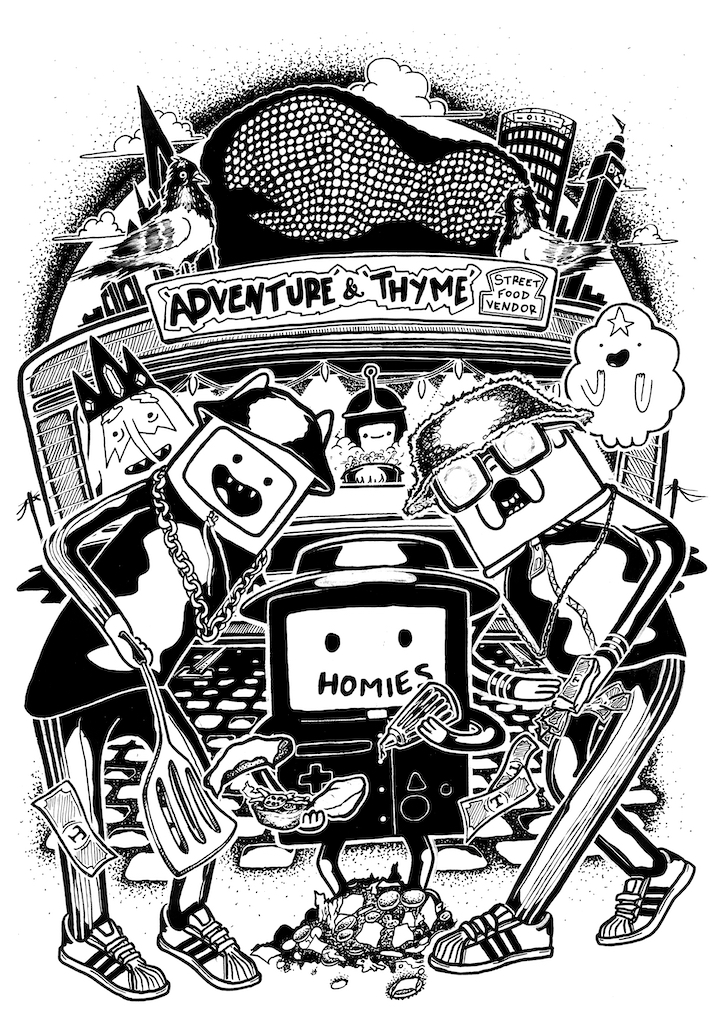 Who is your favourite illustrator of all-time?

He definitely provoked my interest into black and white illustration.

The way he uses mark making to create tones and textures blows my mind and then when you add the scale he creates some of these pieces.

The guy is a beast but there are some other artists who have influenced me greatly over the years.

His Temple of Skate stuff is amazing right now.

What do you think about The No Comply Network since you’ve joined?

Also, The Beyond Skateboarding jams are sick, I would 100 percent recommend them!

If you're reading this and haven't been to one of the jams already,  you should go to the next one there’s always a good energy.