Angel Acevedo is a skater and artist from Pennsylvania, who runs Terror of Planet X,  a sick new East Coast board brand.

TOPX's nods to graphic novels and nostalgia are unique and creative but it’s not just its boards and clothing that’s making them stand out.

Angel has put together an incredible team headed by two of the East Coast’s most super legendary pro’s Kerry Getz and Mike Maldonado.

We are stoked that Angel is a No Comply Network Member.

So we hit him up to find out how he came up with his graphic style, how he put Kerry Getz and Mike Maldanado on TOPX, working with Henry Jones and Leon Was Here, partying with Bam Margera, meeting Stan Lee and his favourite things about East Coast skateboarding.

What’s your full name, where did you grow up and where do you live now?

My full name is Angel Acevedo.

I grew up skating in this little city called Coatesville in Chester, Pennsylvania and I have just moved to Delaware.

When did you start to skate?

It’s funny, we knew Mike Manidis, who was riding for Fairman’s and New Deal then.

This kid called Tim who we used to skate with was his cousin.

He would stop by to skate with Tim and we were there and we were all little bum ass kids so Mike would bless us with used New Deal boards, gear, stickers we were so hyped that’s what sparked it for us.

He rode for Fairman’s so he opened those doors up for us to the whole West Chester scene. 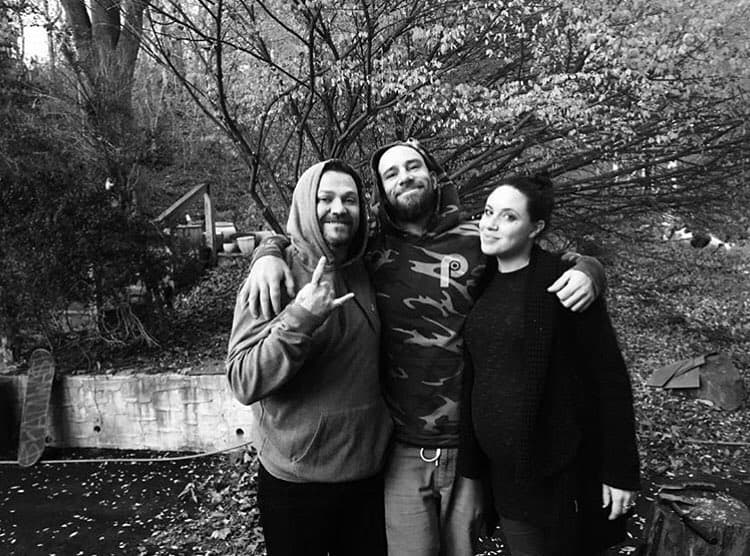 Any Bam stories from West Chester?

I didn’t grow up with Bam but I met Bam though Kerry eventually.

I started skating in the 2000’s and he was a fucking rockstar then.

The only time I would see him then would be if he was in Fairman’s, and there would be fucking lines out the door down the block, like a mile.

It was wild because if you were just trying to get grip, bushings, bearings you’d have to jump the line and hear hissing from the soul sucking goth mother fuckers.

Man, I miss those days.

Bam fans were like depressed sneaker heads with top hats and eye liner.

Those times were crazy!

Have you skated at Bam's House?

Yo, this one time, Kerry said that Bam was filming a movie at his house and needed skateboarders to come be a part of it.

I don’t think Kerry knew what they were filming because he invited a few of us.

We packed a few cars and went to Bam's to skate his barn.

I was bugged the fuck out!

People were banging on the pyramid in center of the park it was wild!

But Bam loved it, he was laughing so hard at our reaction.

He was so bummed on us!

We weren't being 'professional' he said!

I said "I'm fully clothed....you've got nothing but fucking tube socks on with a god damn seashell necklace and you want to talk about professionalism!?'

Ryan Gee was there, he has a bunch of photos of Kerry skating.

Ridiculous. Where do you skate now? 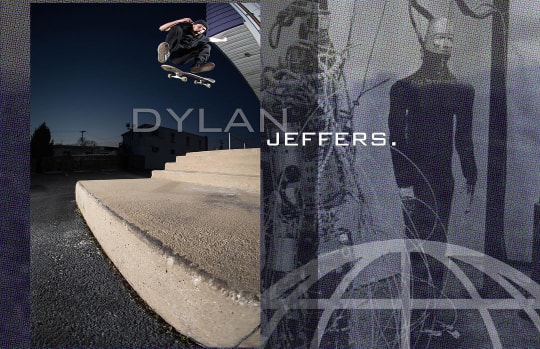 When did you start TOPX?

Terror of Planet X was conceptualised by me and Henry Jones back in 2014.

All screen printed, low-run, quality product that pays homage to the artists and brands that inspired us.

Henry helped me get it off the ground in the beginning and still does stuff here and there for us.

I don't have a specific role. I just keep things rolling.

Who skates for TOPX?

How did you get Kerry Getz on?

Kerry is just the best nicest dude you’ll ever meet too.

Kerry was hooking me up for years through his shop Nocturnal and we skated together all the time.

I just told him that I had this idea to start this brand and told him who was going to be a part of it.

I remember asking him to do a guest model and he just told me that he’d be down to ride for the brand and help me build it up.

Guys like Kerry have a wealth of industry knowledge, whenever I have ideas I usually bounce it off of either him or Maldonado and they tell me what's up.

It’s a toss between the ollie onto the ledge then gap front lip at Love from his mosaic part, or Kickflip into the fountain from “Jump off a building”.

They were just fucking insane for that time I think the kickflip was like 20 years ago? Crazy.

Mike Maldonado is a legend. How did you get him on the team?

I moved out to West Chester with my girl a while back.

Mike lived in West Chester, so he’s the only dude I’d really skate with we would link up and go skate the city all the time.

Mike was actually the first dude I asked to ride for Terror.

I told him my idea to start a brand.

We talked about the direction and he seemed pretty hyped on the idea.

He had his reservations about the name because it was a “mouth full”.

We actually tossed around a few other names for a while but eventually TOPX just stuck. 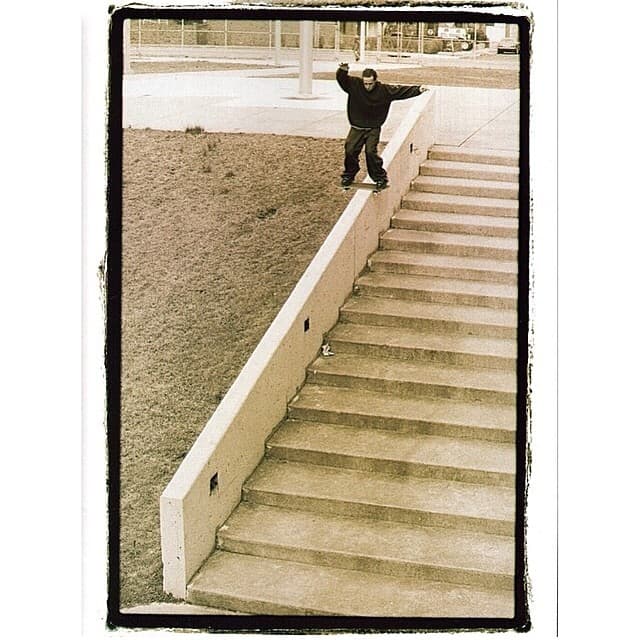 What’s your favourite thing about his skating?

How do you design the boards?

I’ve designed a few things here and there but all credit goes to the artists I've had the pleasure to work with over the years.

Henry Jones and Corey Brashears always had a big roles since the beginning. They were my two favorites to work on graphics with.

Henry would illustrate, Corey and I were the graphic designers.

We would all get together and scheme on how we could fuck with people.

We made this one perc 30 graphic oh my god, everyone hated it!

We even got some death threats for it early on.

It was pretty hilarious, bumming people out was fun but it's too easy to offend these days.

But after Corey passed away it just wasn't the same. I lost the taste for it. 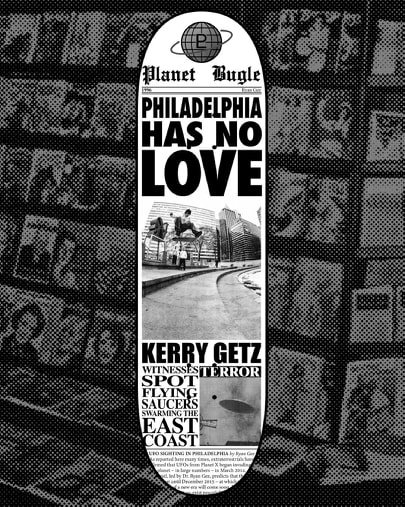 So I wanted to switch it up, hit up some legends and also get new artists that had never worked in skateboarding before involved in the brand.

I'd search for days, weeks, even months looking for new artists for certain projects.

I remember just zoning out scrolling through my phone and found Craig Gleason randomly on IG so I hit him up.

Craig's worked with us a few times now. He did Elissa Steamer's guest model. 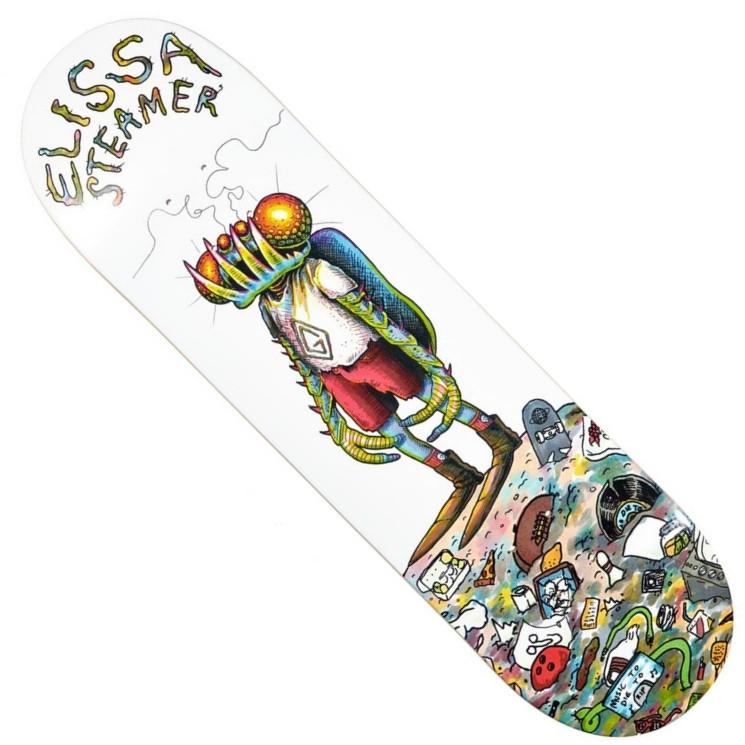 It’s crazy how easy it is to network these days we have the internet people take that shit for granted, but I met so many sick artist's like that:

The art of drop

We work with Mike Stein a lot these days.

We linked with Stein first to do the artwork for Sergei Trudnowski’s guest model. It was a tribute model inspired by his time on illuminati.

The details in that graphic were Incredible Mike and Sergei worked closely together on that one and it showed.

After that, linked up with the Graphic god of all time, Don Pendleton hit him up to work on a couple projects with us, guest models for Kerry and Pappalardo.

Major shout out to Don, Pops, and Kerry for making that happen.

When we make guest models we like them to embody the era of skateboarding that person contributed to and it's sick when they get to be involved in the whole process from start to finish.

That's what gives it that real nostalgic feeling and makes it fun you know? 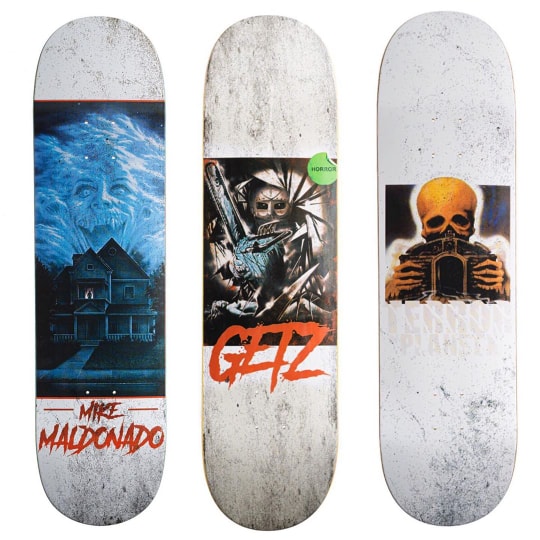 How'd you develop the TOPX style?

Some of the influences consist of gold, silver, and bronze age of sci-fi cinema and graphic novels.

I feel like a lot of us grew up on that imagery and that’s why it resonates.

I went to art school, took a few art history courses, graphic design, print making courses and whatnot but I think most people including myself develop their style based on what looks right to them. 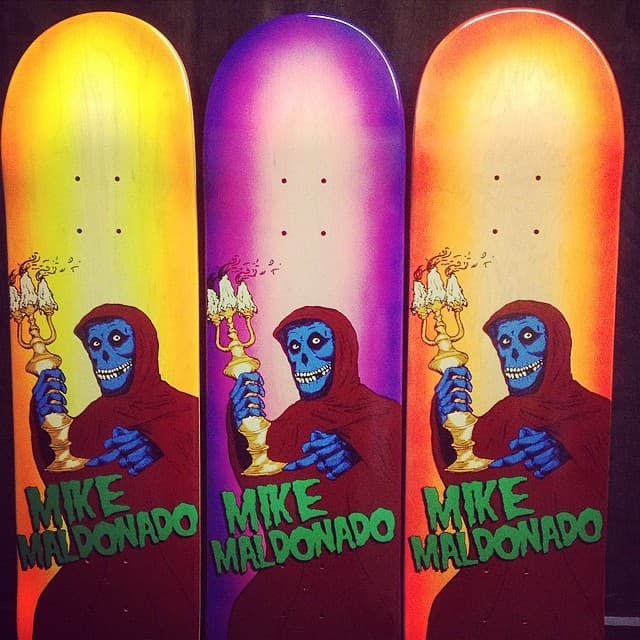 I was a big collector growing up my house is filled with random shit..comics, artwork, skateboards, real nerd stuff but most of my influences come from the shit I have just sitting around my house.

We have just had a drop of new boards with Jim Houser.

A board series you created was signed by the late and great Stan Lee. How did that go down?

I’ve had friends in the comic industry for some years now, but like I said I was just a collector.

I never really tried to do anything in that space.

I had a buddy that worked for Stan and he knew I skated, so he asked me to help him make Stan Lee skateboards for a New York comicon and San Diego comic con that year.

He had already been working with the artist Humberto Ramos at that time so that’s who they commissioned.

I just directed the project with certain guidelines, and helped them find a good manufacture. 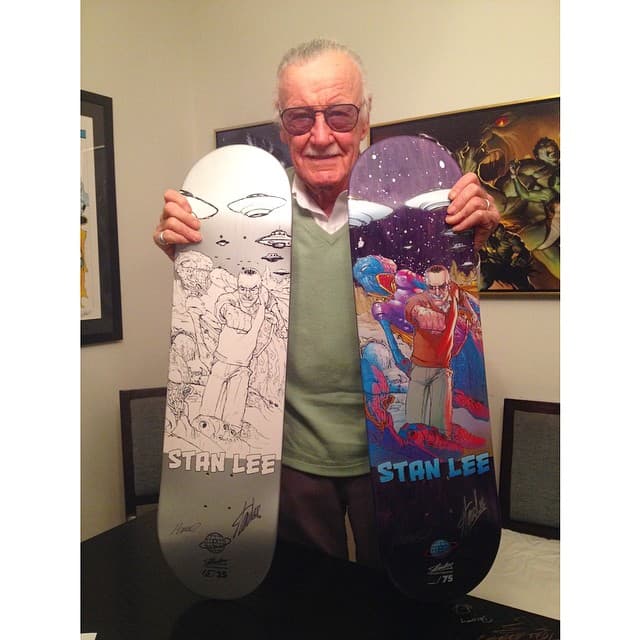 Meeting Stan was tight! I mean that’s like every nerds dream.

He was funny as hell, but it was brief because he had thousands of people in his line to get signatures.

I was at his signing table standing off to the side just taking it in.

Big celebs would just walk up to me and dap me up while they walked past me to meet him.

It was pretty wild.

Met Jon Bernthal that was sick.

I fuck with the Punisher.

Who is your favourite comic book character of all time and why?

Who is your favourite skater ever?

Rad. What are your plans for the future Angel?

Vol. 2 of our full length video called “Crop Circles” should be finished by the end of summer.

That features Chris Mathis, Corey Huber, Hribar and the rest of the squad Jake Todd is going to bang y’all over the head with that one.

Other than that, we just made some big changes this year on our back end so we'll just keep pushing forward.

We are just grateful do be doing what we do.